This is a simple blog I set up to keep track of any important updates in my CG experiment and anything else that might be spawned from it.

I just discovered something about GPU rendering you might not know...

And if you do know this already, good on you. I had been struggling with this issue for about a year, but today thought I would search newly for a solution. Turns out it's not really an issue after all.

For those of you who don't know this, this might come as a relief, or a shock that it was so obvious.

I have discovered that while it appeared that my GPU was being barely utilized during a GPU render, with percentages in the task manager under 5%, it was actually the CUDA cores that were being utilized and were indeed almost 100% utilized.

There is a drop down in the GPU, 3D section of the task manager. Select CUDA and voila, you can see how much your render is actually using. Hope this helps clear up some confusion for people in the 3D Rendering Universe. 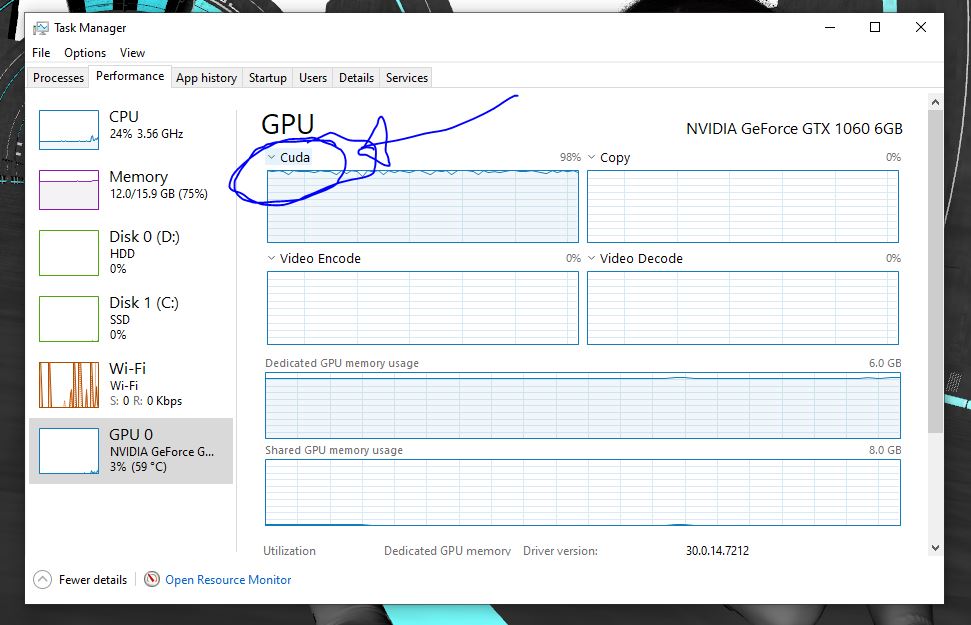 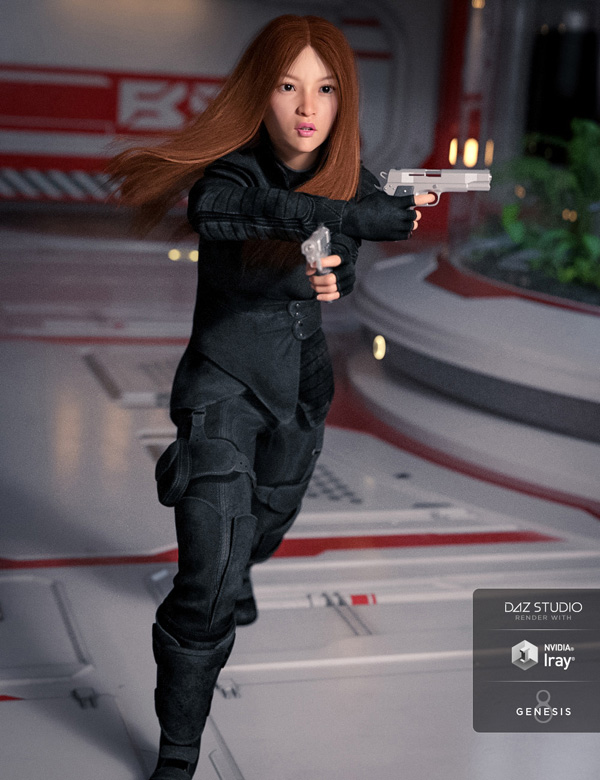 Are you ready to spy hard? Whether you like it shaken or stirred, your spy girls will always be ready to deliver with these 40 sizzling action poses! Designed to be used with ANY gun set, these poses get the most bang for your buck! Includes a left hand and right hand reset pose for your convenience. 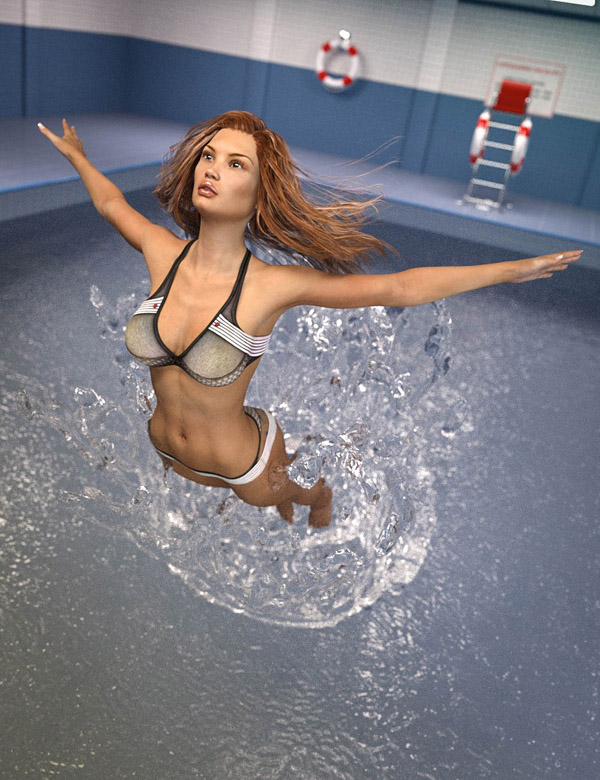 In honor of my newest G8F/V8 pose set at Daz, here is a free splash prop, optimized for rendering in Iray. Download here.

Get ready to rumble orc-style with these assorted fighting poses for the Orc HD and Genesis 8 Male (40 poses in all)! From fist fights to axe throwing to hammer pounding and even swinging through the trees, give your orcs the moves to win in any battle! 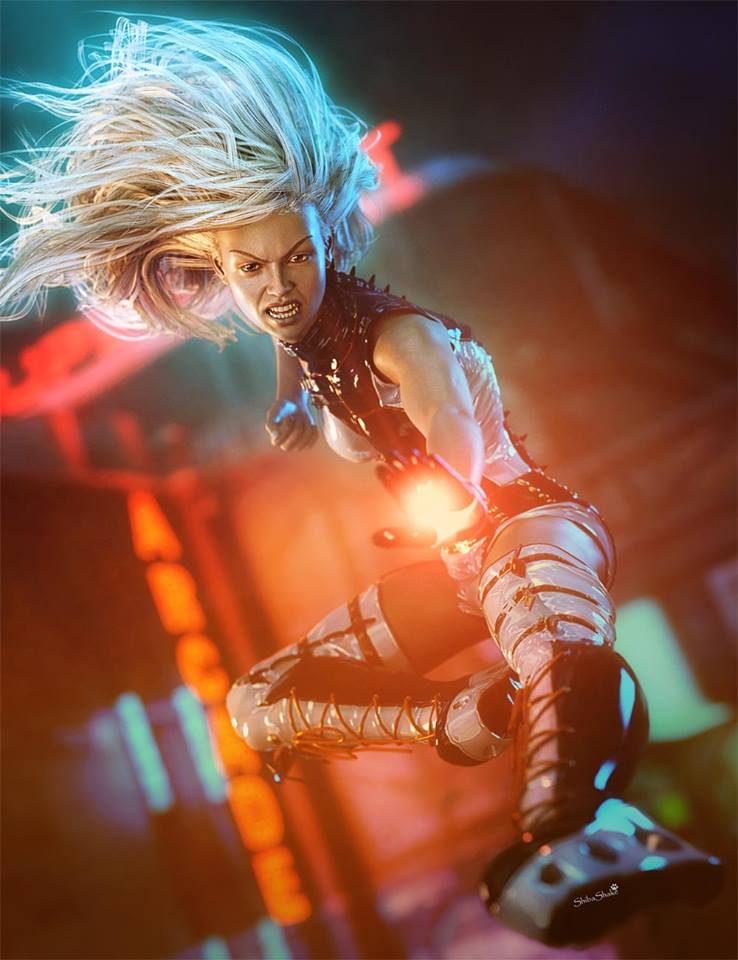 These 84 poses work with Genesis 3 and Genesis 8 Males and Females. The promos use Michael 7, Michael 8 and Chiyo for Victoria 7 applied to Genesis 3 and 8. (I like to mix and match between generations.)

The poses where they are holding weapons are generic so you can use them with your weapons of choice! 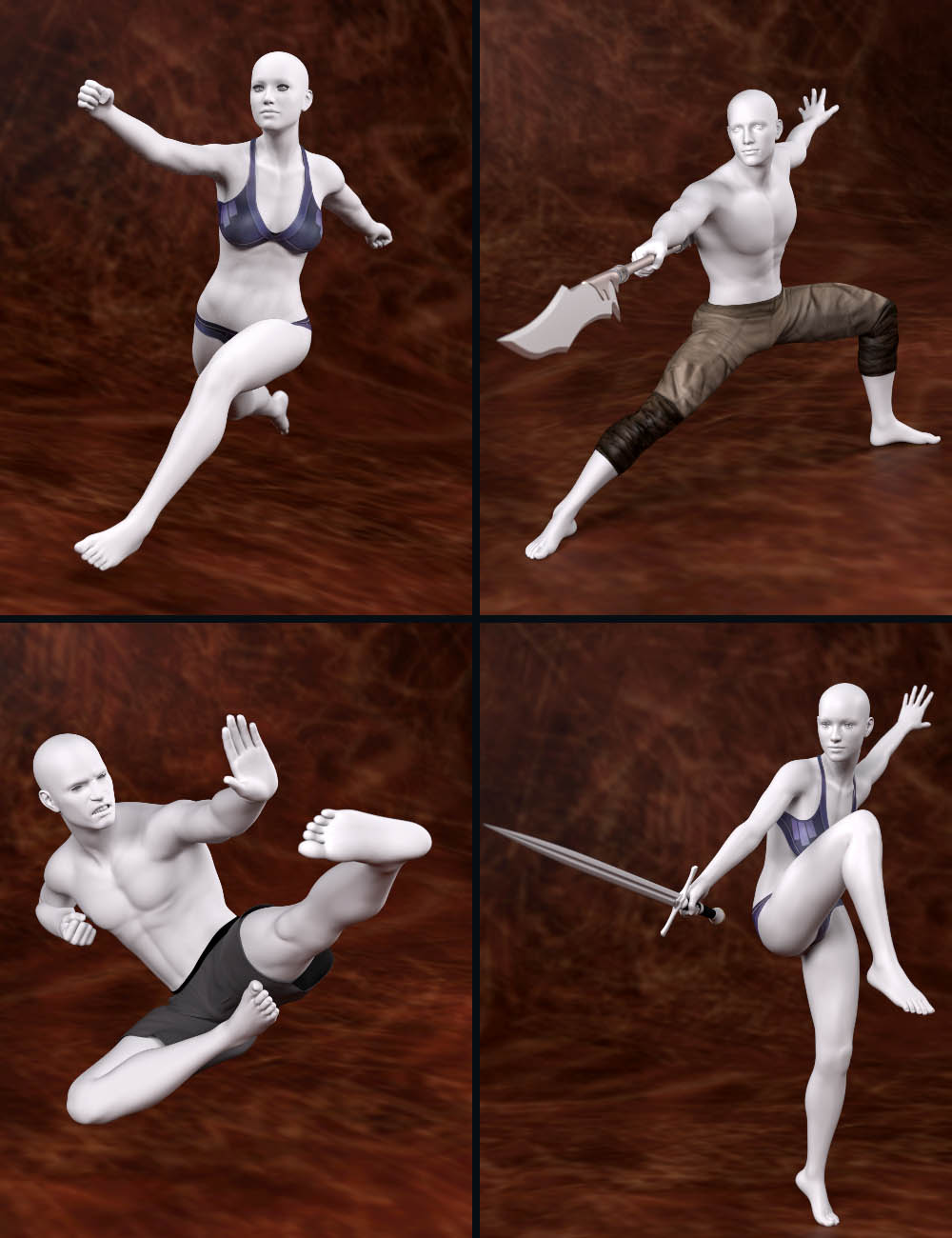 They will work with a variety of body shapes! 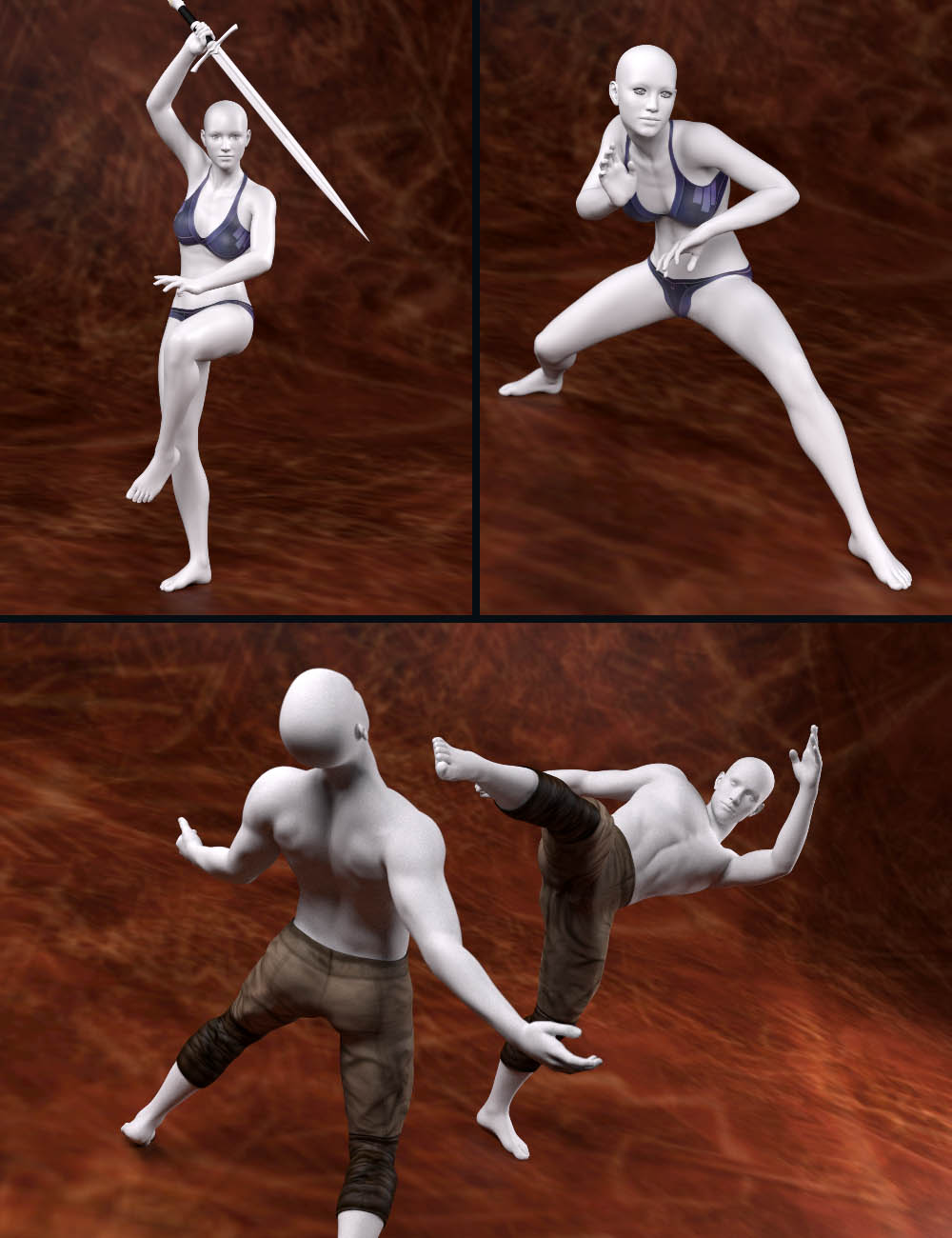 Many hours spent on attention to detail! 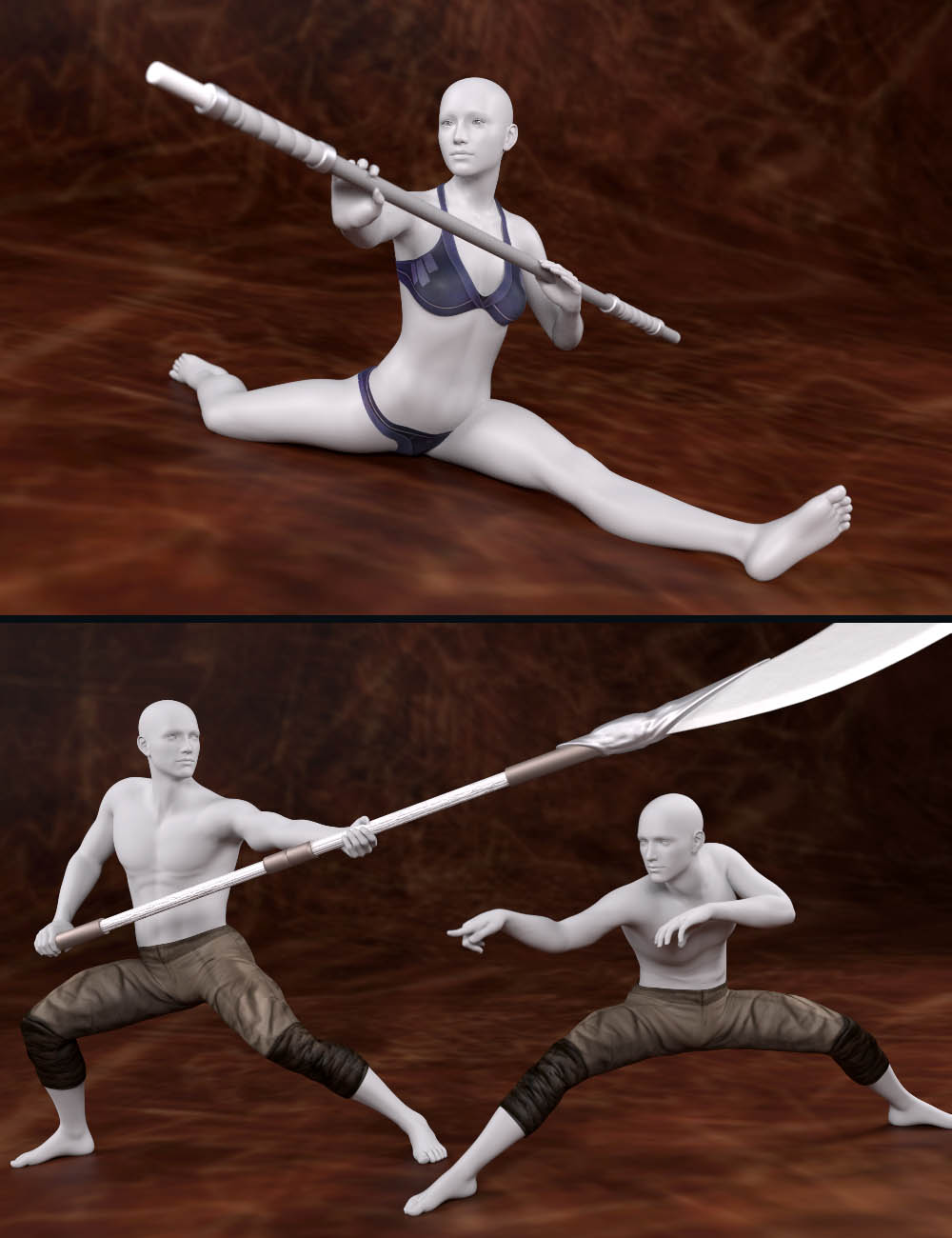 They work just as nicely with Genesis 3 as seen below: 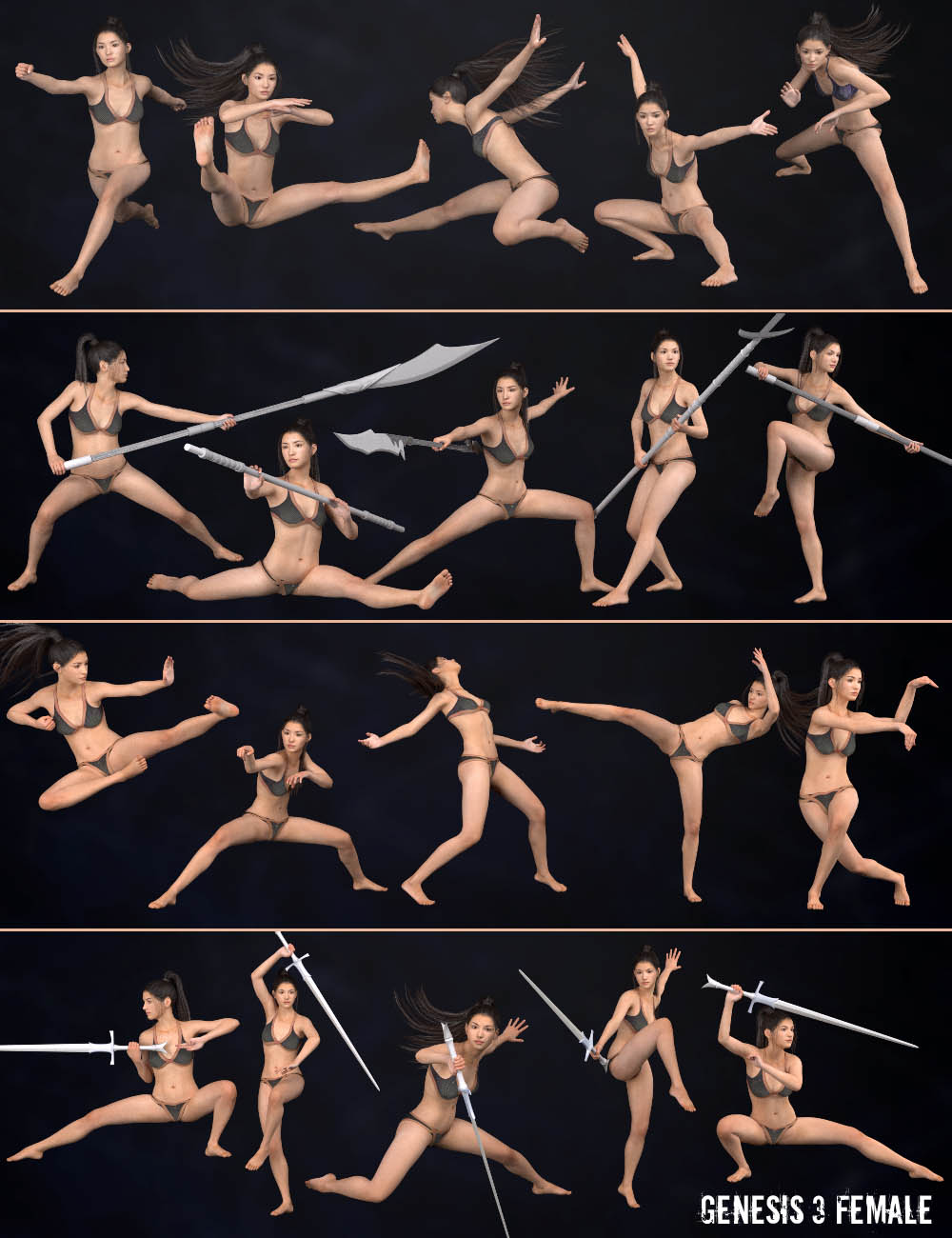 84 Trigger Happy Poses for Genesis 2 and 3 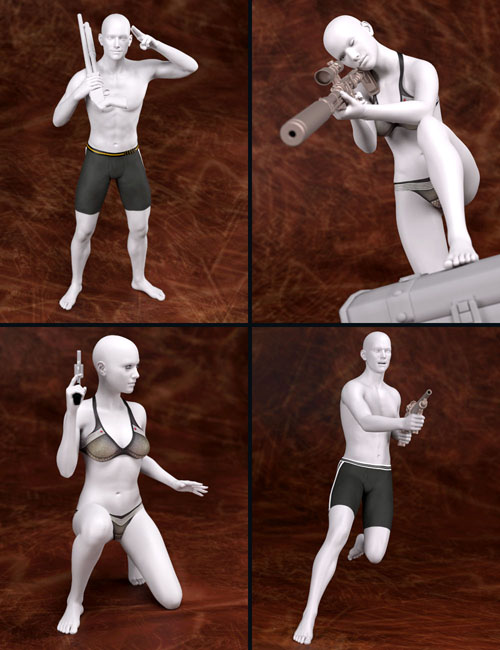 Get ready for the shootout of the century with these 84 high-quality and action-packed poses for all your Genesis 2 and Genesis 3 characters! What makes these poses special is the fact that they are designed to be used with any gun or guns of your choice for maximum usefulness and bang for your buck! 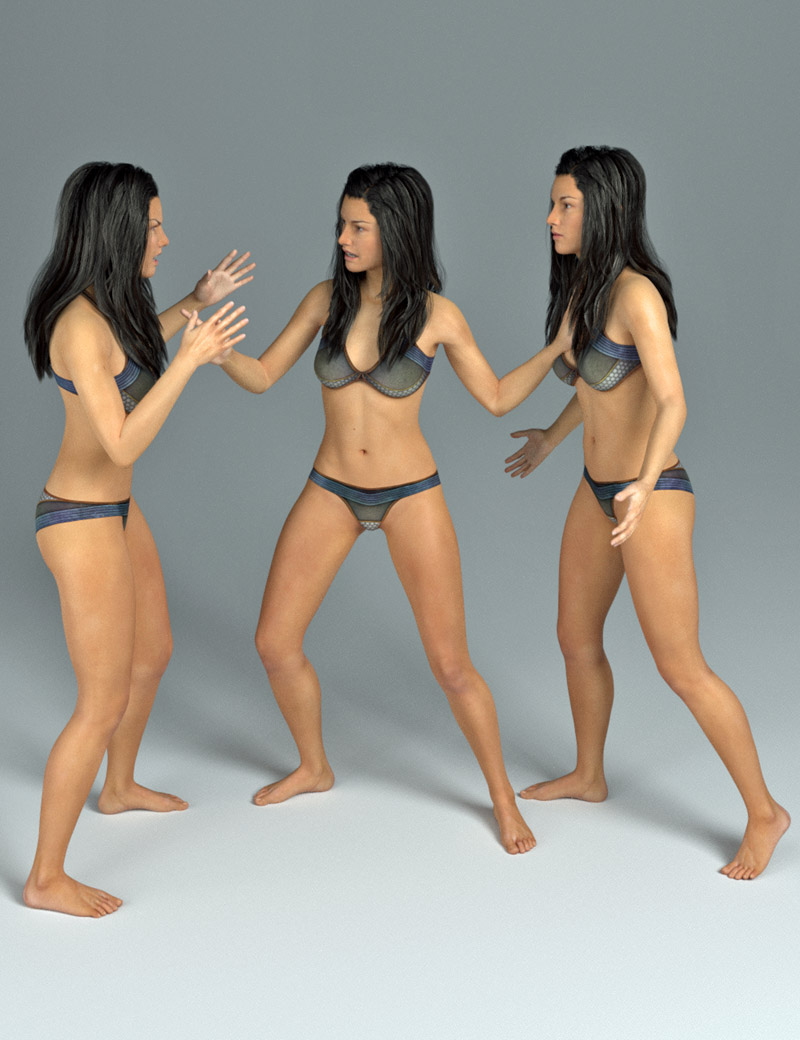 Note that this freebie contains the expressions and the positions as well in each pose. I recommend parenting each figure to the same null so you can move them all together if you need to.

Epic Struggle Poses for all your Gen 2/3 Peeps 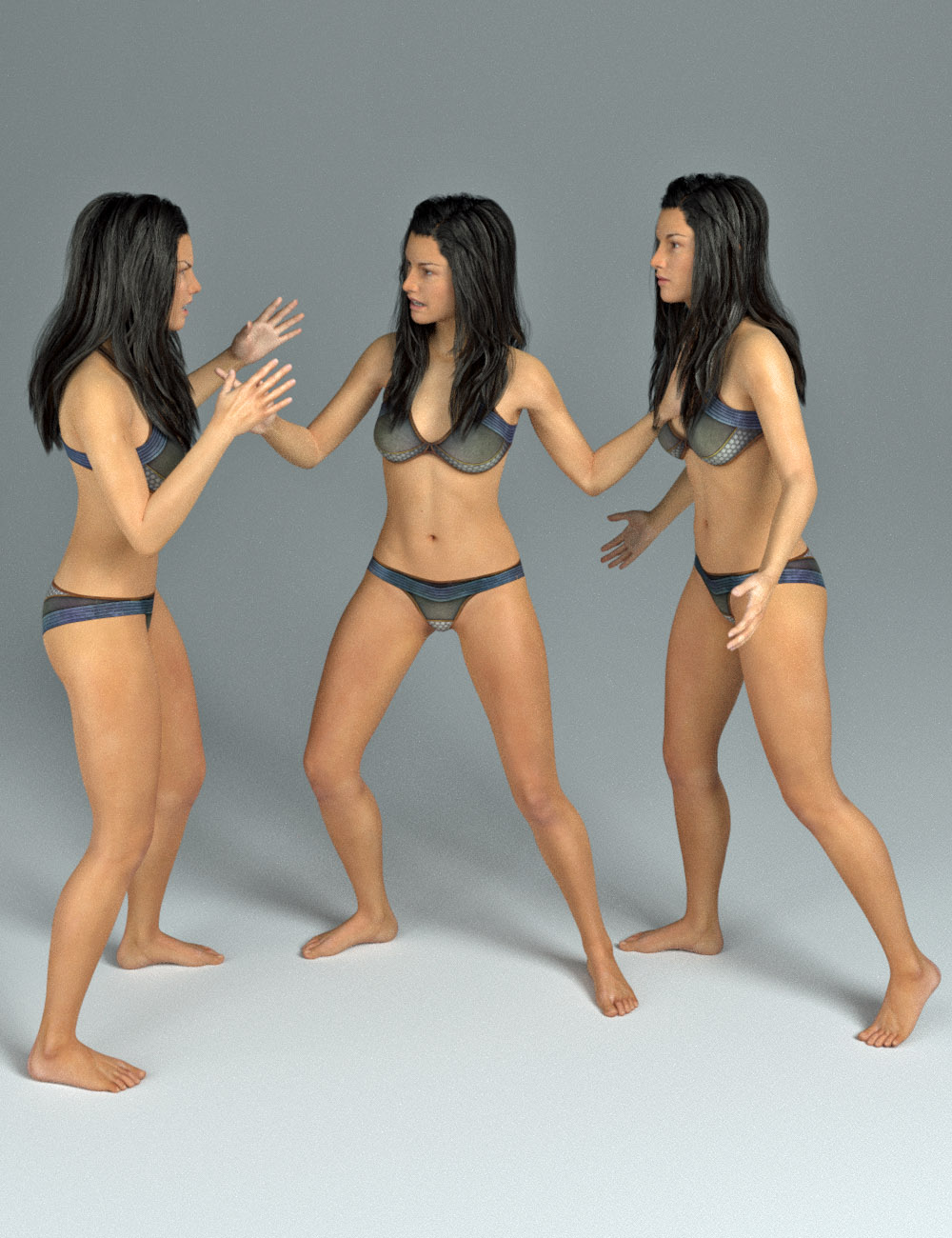 Hear ye, hear ye, my latest pose set is out and trust me, it's pretty awesome. ;-) Get it here while it's hawt!

A tantalizing set of 80 high-action and dramatic poses for your rendering pleasure. Feel the rush as your various Genesis 2 and Genesis 3 characters compete in the digital arena for the ultimate glory of victory or taste the burn of defeat! 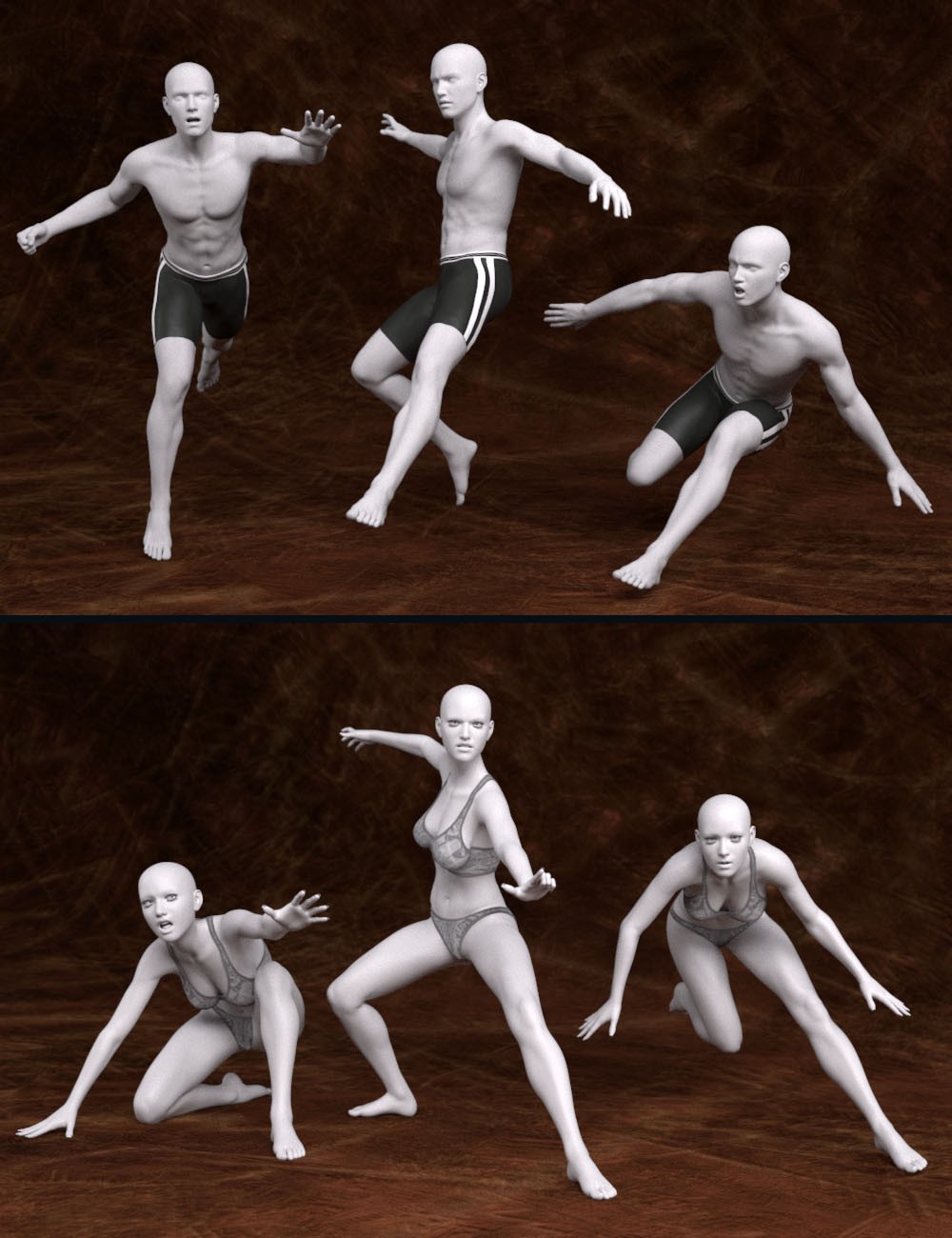 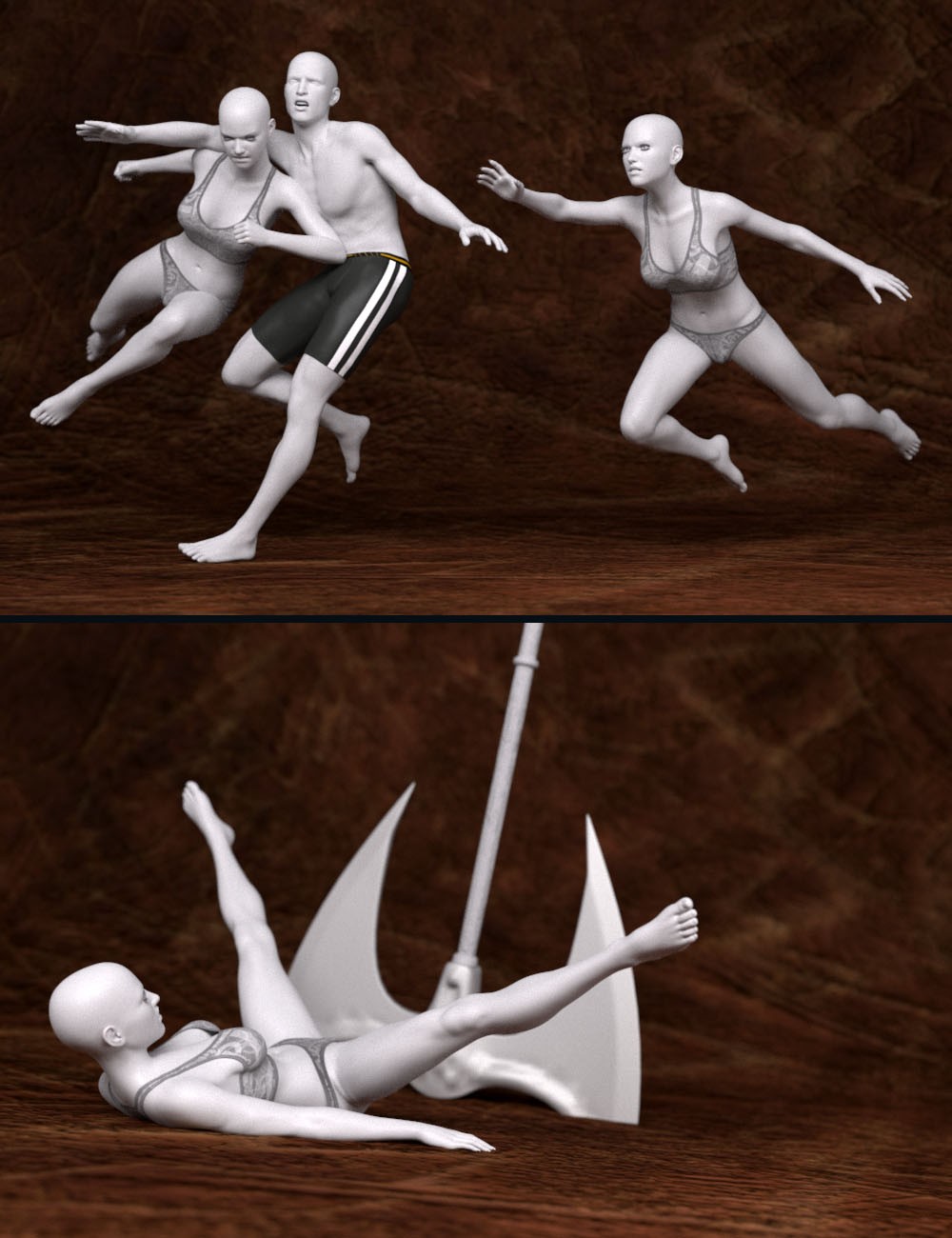 These will work with all your Genesis 2 and 3 males and females! (Note: More extreme body shapes will require some tweaking as is the case with all poses.) 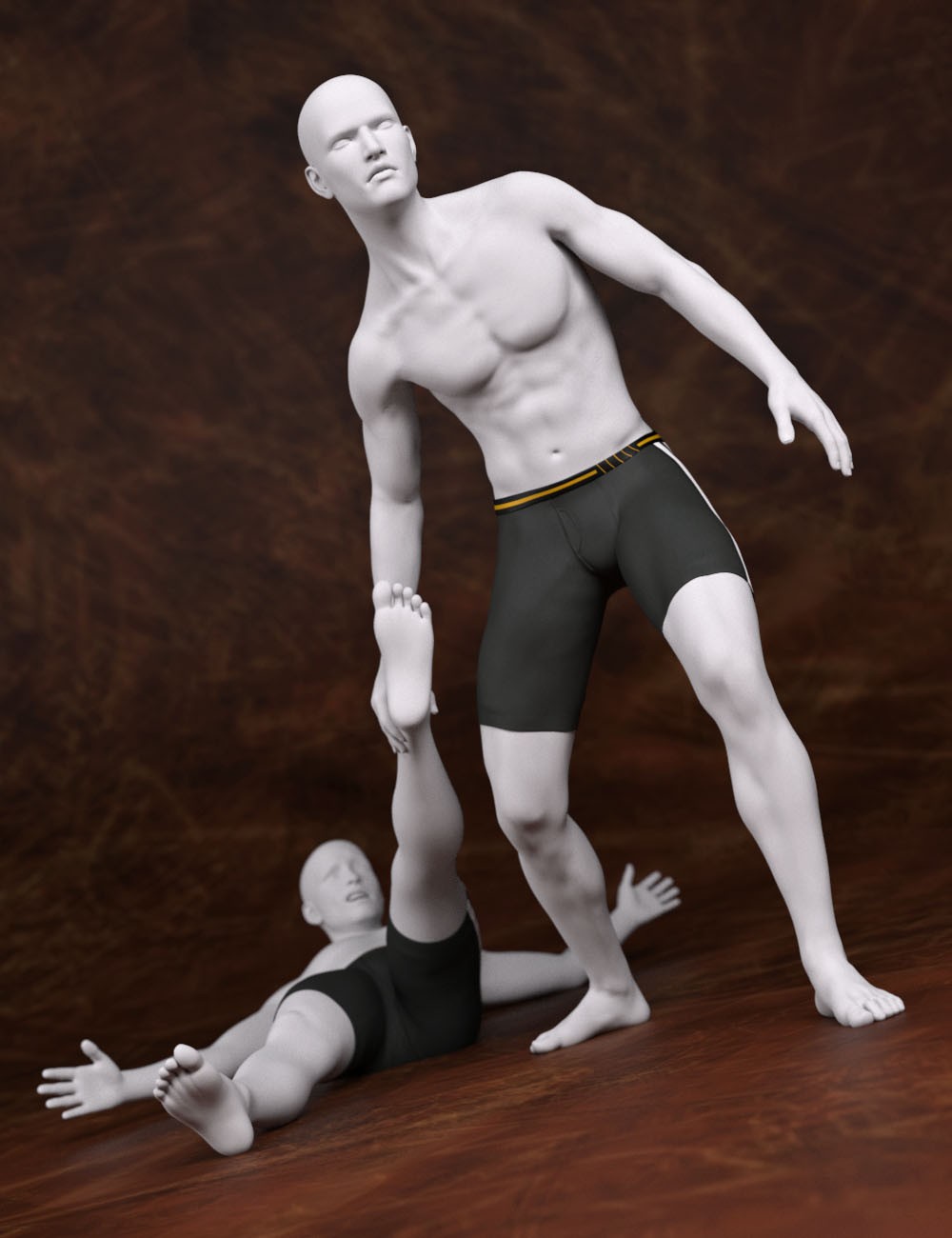 Let's work out that aggression! 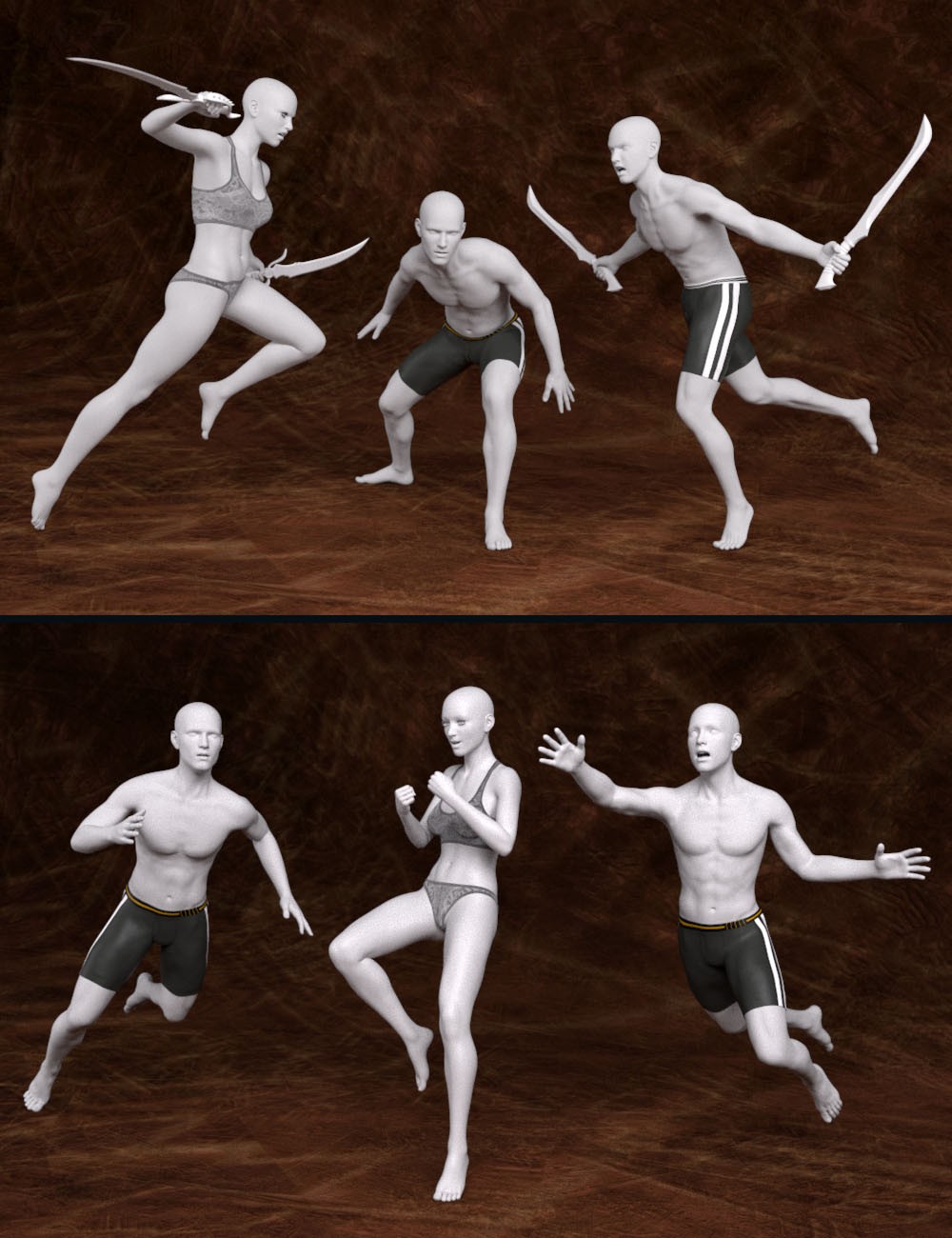 Perfect for your action, adventure, sci-fi and fantasy renders! 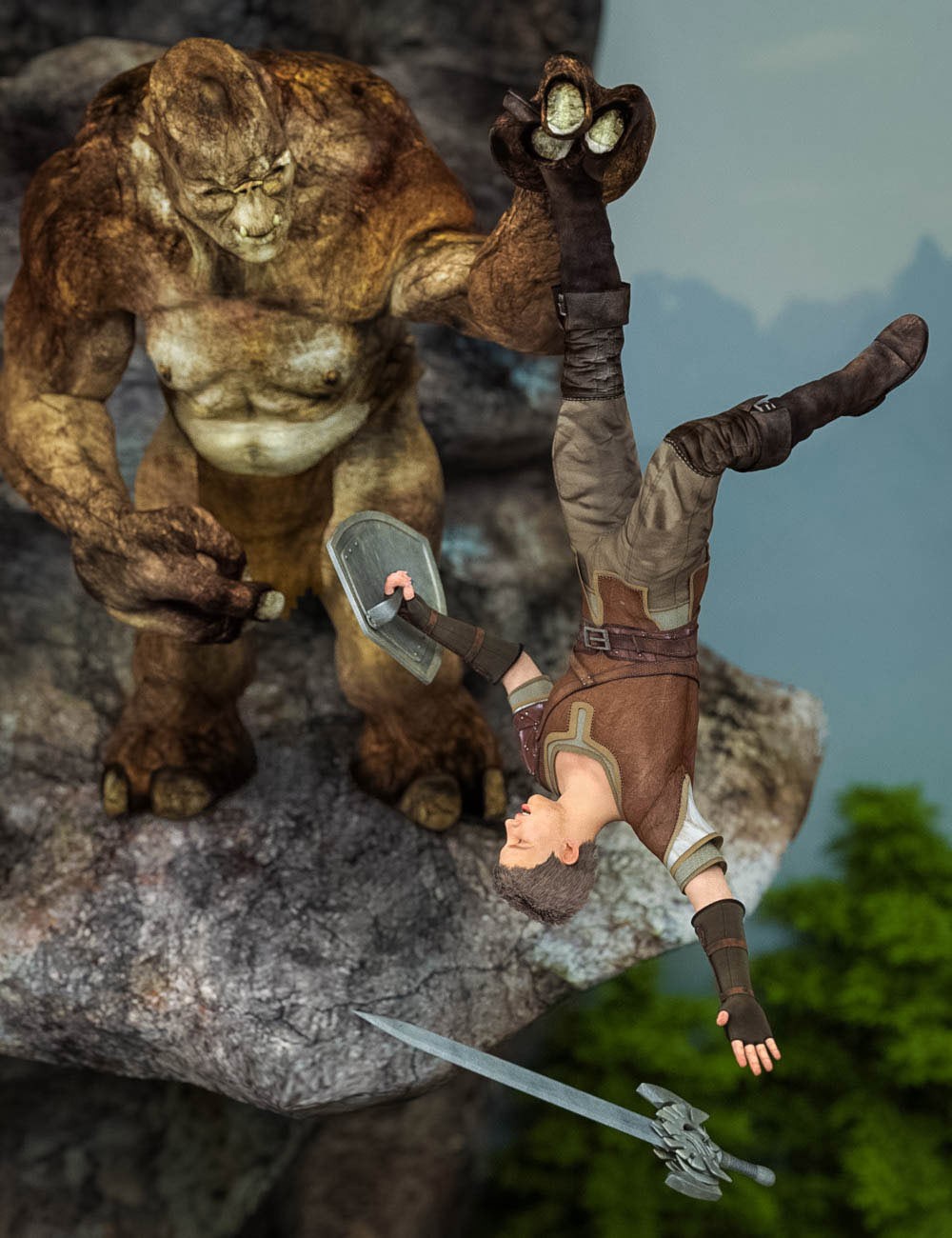 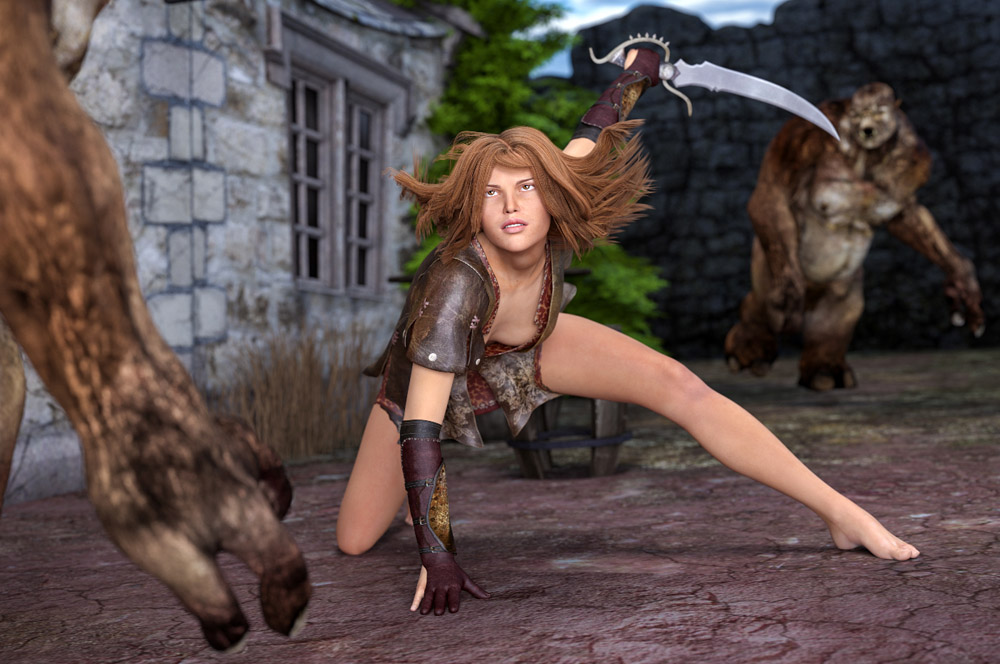 I managed to squeeze in a little video to show off this awesome pose, along with a nice render demonstrating it in an actual artistic render. Only Genesis 3 Female for now but when I have some more time I hope to make it available for other Daz figures. Note that this pose does work with other Genesis 3 shapes. The shape of the clay figure in the video is Jenara from Silver available at Daz3d.

If you like my work, do consider shopping at my store for more awesome stuff. Thanks!

So, after having been off adventuring in the world of the Corporateverse for a few years, things started shifting in the overall Multiverse which led me back to the Dazverse via a rather twisty and intricate rabbit hole. Oh, I still work full time for an ever-expaning international skin cream company, which would not even function without me, but due to various folds in space that I managed to squeeze through with ferret-like tenacity, I have managed to get my digital art production rolling again.

Upon closer inspection, I realized there were three generations of Genesis now. Well well cow bell, looks like Rip Van Winkel awakes to the future!

Thus, now that I realize how much of a fanbase Genesis 2 has gathered, and the fact that Genesis 3 is Daz's new baby, I decided to completely redo my original best-seller, Explosive Poses for Genesis, and bring it to a whole new level with Genesis 2 and 3, male and female.

Something tells me that supporting Genesis 2 as well as 3 with my new releases might help expand the usefulness of my pose sets. It may add a bit of time to the production portion of the evolution, but I think you will agree it is worth it.

So without further ado, here is my newest release: Explosive Poses for Genesis 2 and Genesis 3 Male(s) and Female(s)!!!!

Oops! This site has expired.

If you are the site owner, please renew your premium subscription or contact support.